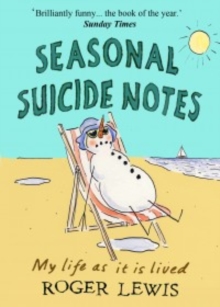 Seasonal Suicide Notes : My Life as it is Lived Paperback / softback

For some years, the biographer Roger Lewis has been entertaining his friends with an annual letter, in which he records details of the joys and frustrations of his life as it is actually lived.

Updated with a new section for spring, this 'cult classic', a hilarious collection of diaries and memoirs - highlights of which include a trip up the Amazon River with countless ants and Maureen Lipman; his eldest son Tristan training to be a juggler at Zippos Circus ("Frankly, where did Magdalen College, Oxford, ever get me, eh?"); the mystery of the stolen kettle at Age Concern; the humiliation of not being invited to the premiere of his very own movie at Cannes; and the way the Dell call-centre people in Bombay keep thinking he's a woman...With his sharp eye for folly, his malice - and the unexpected shafts of humanity in spite of his chronic ill temper - Roger Lewis is the Evelyn Waugh of the 21st century.

These addictive and paradoxically life-enhancing Seasonal Suicide Notes have the makings of a lasting comic masterpiece. 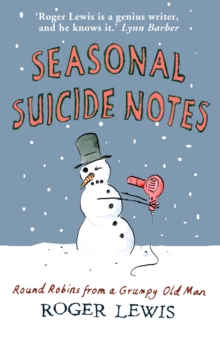