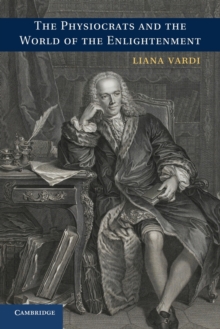 The Physiocrats and the World of the Enlightenment Paperback / softback

Physiocrats believed that wealth came exclusively from the land, that nature was fecund and man could harness its reproductive forces.

Capital investments in agriculture and hard work would create profits that circulated to other sectors and supported all social institutions.

This book places the Physiocrats in context by inscribing economic theory within broader Enlightenment culture.

The difficulty in explaining the doctrine, combined with the expectation that the public would be persuaded by its arguments, mired physiocracy in endless contradictions.

This work offers a framework for understanding physiocratic theory and its complicated relation to modern economics.