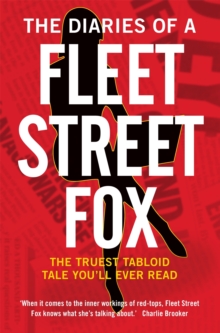 The Diaries of a Fleet Street Fox Paperback / softback

SEX, DRUGS, HEARTBREAK AND SCANDAL - THE INNER WORKINGS OF A TABLOID NEWSROOMFleet Street Fox's anonymity allows her to delve deep into the dark corners of that most guilty of pleasures - the tabloid expose.

Acerbic, funny, and revelatory, her diaries show the heart within the hack as she tries to recover from a betrayal as devastating as any newspaper scandal. Now an internet smash, with over forty thousand followers on twitter, two hugely popular blogs and a reputation throughout the media industry, Foxy's diaries are juicy, shocking and as near to the knuckle as the lawyers would allow.

The Diaries of a Fleet Street Fox tells the truth about her trade: the private scandals, victories and disasters that don't end up on the front page.

This is the hardest story she has ever told. 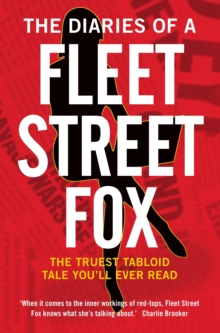 The Diaries of a Fleet Street Fox