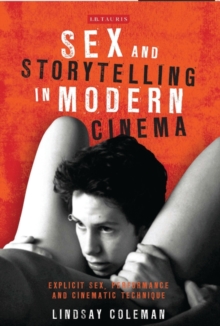 With full-frontal genitalia, erections, even actual sex featuring increasingly in films, this explicitness in presentation has caused critical consternation and accusations that such film narratives are pornographic.

This book explores how, rather than being pornographic, explicit sex can be an essential element of cinematic storytelling today.

Offering detailed analysis of how choices are made in the presentation of explicit sex in often very controversial films, such as "Shame", "Baise-Moi", "Antichrist", "Dogtooth" and "Lust, Caution", the expert contributors - including Barbara Creed, Jacob Held and Linda Ruth Williams - show how sexual content can aid characterisation, highlight themes, and provide events that serve to develop plot.

The impact of explicit sex as an element of a film's narrative is also revealed to be assisted by effective, nuanced performances and the incisive deployment of directorial technique.

Together they detail through the fundamentals of cinema the shot by shot, moment by moment manner in which explicit sex can be an essential component of a dramatically powerful narrative.