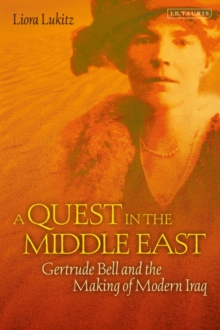 A Quest in the Middle East : Gertrude Bell and the Making of Modern Iraq Paperback / softback

A remarkable woman in male-dominated Edwardian society, she shunned convention by eschewing marriage and family for an academic career and extensive travelling.

But her private life was marred by the tragedy, vulnerability and frustration that were key to her quest both for a British dominated Middle East and relief from the torture of her romantic failures.

Through her vivid writings, she brought the Arab world alive for countless Britons.

Alongside T.E. Lawrence, she was hugely instrumental in the post-war reconfiguration of the Arab states in the Middle East.

In Iraq she became friend and confidante of the new King Faisal, and a prime mover in drawing up the country's boundaries and establishing a constitutional monarchy there, with its parliament, civil service and legal system.

She was influential in creating the state which had all the trappings of independence while remaining a virtual British colony.

The legacy of her work is still being played out in the conflicts of today. Yet behind her public success was a backdrop of personal passions, desires and the relationships that drove this extraordinary woman.

Embroiled in an unsuccessful love affair with Charles Doughty-Wylie, a married man, she found peace in the solitude of the desert.

But the seemingly intractable problems of the newly independent Iraq led her to write of the 'weariness of it all'.

Shortly afterwards she took her own life with a lethal dose of sleeping pills.

Using previously unseen sources, including Gertude Bell's own diaries and letters, Lukitz provides a deeper political and personal biography of this influential character.

Also by Liora Lukitz   |  View all 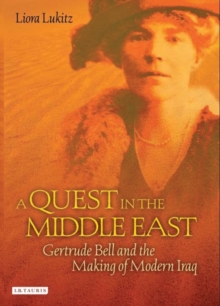 A Quest in the Middle East 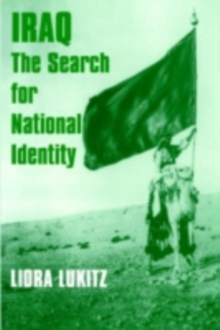 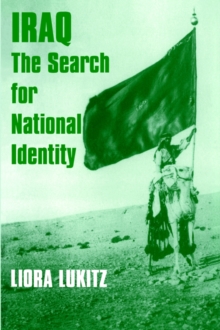 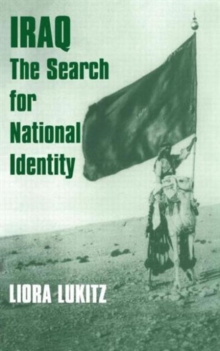