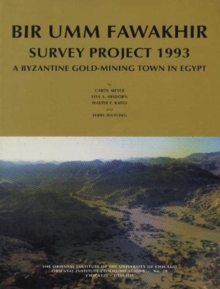 The Oriental Institute continued its survey of Bir Umm Fawakhir, a site lying half way between the Nile and the Red Sea, with a short season in January 1993.

Located close to the famous bekhen-stone quarries and graffiti of the Wadi Hammamat, the 1992 project took the form of a geological study of the area of Bir Umm Fawakhir.

The presence of these mineral resources in this otherwise barren hyper-arid desert, explains why the Bir Umm Fawakhir town was established in this area.

By far the most valuable resource was the gold carried in white quartz veins in the local granite, and the mountainsides around Bir Umm Fawakhir are riddled and trenched with ancient mines.

This report reflects on the aims of the 1993 season which was to continue mapping the site, to expand the pottery corpus, to seek for some specific features not found in 1992 such as defensive structures and churches, and to carrry out a more general survey of the site's immediate vicinity.

Also by Lisa A. Heidorn 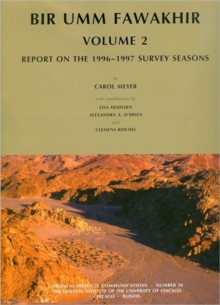