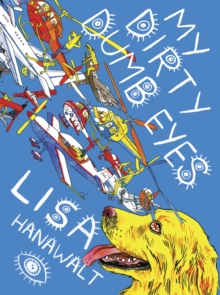 They're always a pleasant jolt. Now, they've been assembled into one thick, blazing bludgeon.

I envy you getting walloped by them all for the first time.

This is a Hanawalt assault. Succumb."-Patton Oswalt"Hanawalt's My Dirty Dumb Eyes is a fantastically vivid and whimsical playground, offering page after page of absurdity, humor, and charm.

The artwork is stunning and the jokes are surprising and fresh.

This book is a rare and wonderful invitation inside the surreal world of Hanawalt."--Kristen Schaal"Lisa Hanawalt is as gifted of an artist as she is a hilarious writer, which is completely upsetting and unfair considering how untalented most people in this stupid world are.

Her comics are brilliantly funny, gloriously weird, and visually stunning.

I worship the chair she farts on."--Julie KlausnerMy Dirty Dumb Eyes introduces Lisa Hanawalt as a first-rank cartoonist/humorist/stalker for an audience that likes its humor idiosyncratic, at times anthropomorphic or scatological, often uncomfortable, and always sharp witted.

Her world vision is intricately rendered in a full spectrum of color, unapologetically gorgeous and intensely bizarre.

With movie reviews, tips for her readers, laugh-out-loud lists and short pieces such as "Rumors I've Heard About Anna Wintour," and "The Secret Lives of Chefs," Hanawalt's comedy shines, making the quotidian silly and surreal, flatulent and facetious.

Hanawalt's comics have appeared in the Hairpin, VanityFair.com, the New York Times, and the Believer.

She lives in Brooklyn with a dog and a comedian. 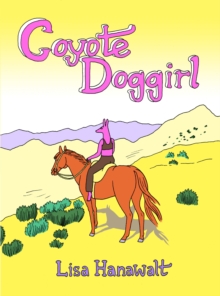 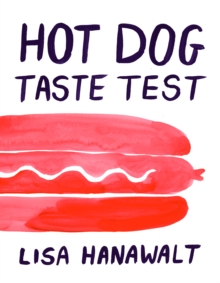