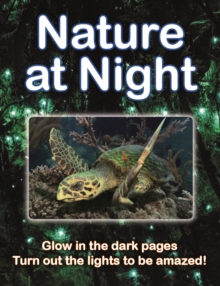 Like Glow Down Deep, about luminescence in the ocean, this book also has a lenticular jacket and glow-in-the-dark illustrations.

Nature at Night takes readers into the lives of some amazing glowing animal and plant organisms that use the phenomena of bioluminescence, biofluorescence or ultraviolet light as part of their survival arsenal.

Nature at Night goes into the dark corners of forest, jungle and ocean to find organisms that use luminescence for camouflage, mating, warding off predators or attracting prey.

One of the organisms is not an animal but is vegetation: Foxfire Fungi glow to attract animals that will eat them and spread their pores through their scat and so help the plant to reproduce.

The book includes well-known creatures like Fireflies, Eels and Lanternfish, but also three animals which, it has been recently discovered, use luminescence: Polka-Dot Tree Frogs, the only known amphibian to use biofluorescence; Puffins, which use ultraviolet light to make their beaks glow during courtship; and Hawksbill Turtles, one of the rarest species on our planet and the first reptile seen exhibiting biofluorescence.

Readers will learn about each organism, its biology, what type of luminescence it uses and how, where it lives and how it survives. "Did You Know?" insets share unusual facts, focus on a topic, or display incredible photographs, like curtains of shining Glowworms hanging from the ceiling of Waipu Cave in New Zealand.

Like its companion title, Glow Down Deep, Nature at Night takes a new look at how nature magically lights up the dark.

Young readers will thrill at the striking cover and spend many an hour under the bedsheets marvelling at the glowing illustrations. 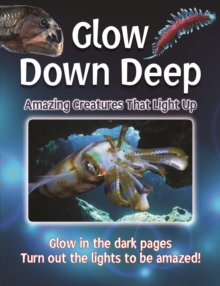 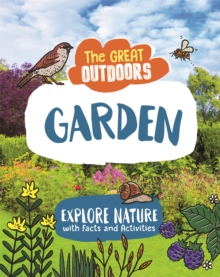 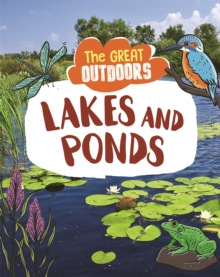 The Great Outdoors: Lakes and Ponds 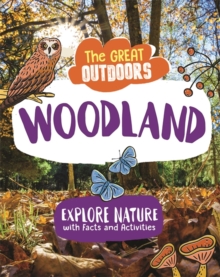 The Great Outdoors: The Woodland