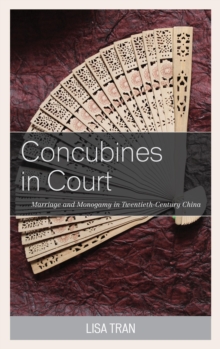 Concubines in Court : Marriage and Monogamy in Twentieth-Century China Hardback

Lisa Tran's examination of changes in the perception of concubinage explores the subtle, yet very meaningful, shifts in the construction of monogamy in contemporary China.

Equally important is her use of court cases to assess how these shifts affected legal and social practice.

Tran argues that this dramatic story has often been overlooked, leading to the mistaken conclusion that concubinage remained largely unchanged or quietly disappeared in "modern" China.

Customarily viewed as a minor wife because her "husband" was already married, a concubine found her legal status in question under a political order that came to be based on the principles of monogamy and equality.

Yet although the custom of concubinage came under attack in the early twentieth century, the image of the concubine stirred public sympathy.

How did lawmakers attack the practice without jeopardizing the interests of concubines?

Conversely, how did jurists protect the interests of women without appearing to sanction concubinage?

How law and society negotiated these conflicting interests dramatically altered existing views of monogamy and marriage and restructured gender and family relations. As the first in-depth study of the meaning and practice of monogamy and concubinage in modern China, this book makes an important contribution to our understanding of Chinese society and legal norms.

In addition, by crossing the "1949 divide," it compares the Guomindang's designation of concubinage as adultery with the Chinese Communist Party's treatment of it as bigamy, and draws out the legal implications for the practice of concubinage as well as for women who were concubines.

Poised at the intersection of Chinese history, women's history, and legal history, this book makes a unique and significant contribution to the scholarship in all three fields. 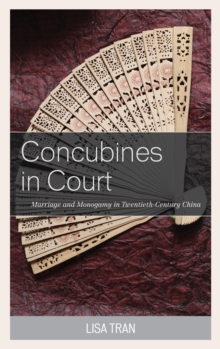