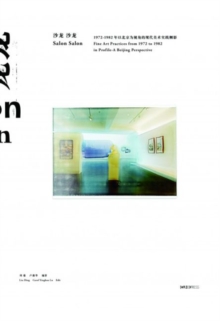 Salon Salon : Fine Art Practices from 1972 to 1982 in Profile- A Beijing Perspective Hardback

The reverberations of socialist realism. Salon, Salon unfolds a narrative about Beijing's art scene in the decade from the late Cultural Revolution to the beginning of the Reform and Opening-up period.

It focused on the continuous influence of the ideological structure of Socialist Realism in China on the practice and discourse of contemporary Chinese art.

Key themes include the possibility for individuals to strive for room for creative practice under harsh political circumstances; how political signals and collective unconscious actions measured up against each other and marched forward hand in hand; and the collective oblivion of the young generation and their "natural inheritance" of past experiences in major social movements.