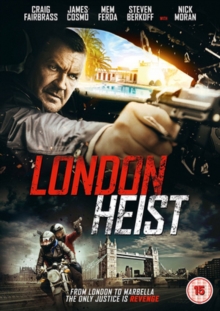 After his father Alfie (Steven Berkoff) is murdered and the money he took as part of a robbery at Heathrow airport is stolen, career criminal Jack Cregan (Fairbrass) sets out on a dangerous mission to get even.

With time running out, Jack is forced to pull off one last daring heist in a desperate bid to get his revenge.