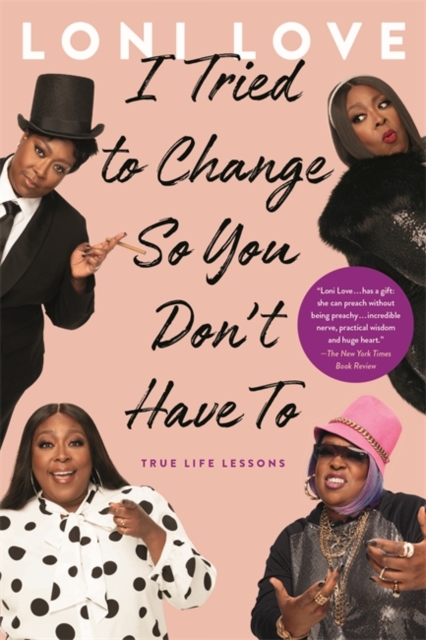 I Tried to Change So You Don't Have To : True Life Lessons Paperback / softback

An inspiring, hilarious memoir about learning to resist the pressures of conformity, love yourself for who you are, embrace your flaws, and unlock your true potential. Now cohost of Fox's The Real and SiriusXM's Cafe Mocha, Loni Love hasn't taken the typical path to becoming America's favorite straight-talking girlfriend and comedian.

She was not the child of Hollywood legends and she never wore a size 00.

Rather, she grew up in housing projects in Detroit, more worried about affording her next meal than going on a diet.

When she moved to Hollywood after graduating college with an engineering degree, seeking to break out in the entertainment world, there was nothing that would convince her to eat the kale salads and quinoa bowls that her colleagues introduced her to, which looked to Love like "weeds my grandma used to pay me a dollar to pull from her yard."Still, despite the differences that set her apart in the status-driven world of entertainment where being thin, young, blond, and bubbly is sometimes considered a talent, Love spent years trying to fit in -- trying to style her hair just so, dieting, dating the men she thought she was supposed to be with.

In this book, she tells the uproariously funny story of how she overcame the trap of self-improvement and instead learned to embrace who she was.

As Love writes, "There's a saying a lot of people live by: 'Fake it till you make it.' For me, it's always been 'fake it, and then have the whole thing blow up in your face.'" I Tried to Change So You Don't Have To explores all of the embarrassing mistakes, terrifying challenges, and unexpected breakthroughs that taught her how, by committing ourselves to our own path, we can take control of our destiny. 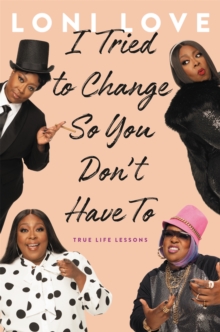 I Tried to Change So You Don't Have To