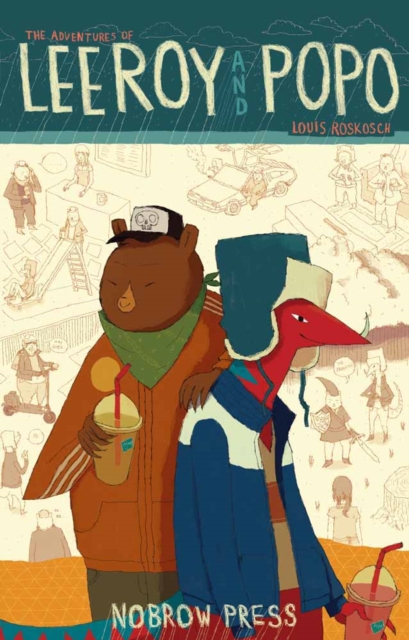 The full colour strip follows the misadventures of a couple of slacker extraordinaire adolescent friends as they loaf around trying to hook up with girls and generally avoid doing anything that might be construed as work.

Roskosch's duo of protagonists are characters any of us who would recognise immediately - they get stoned quite a bit and argue over who's turn it is on the games console - so it's all the more interesting when we note that Leeroy is a bear and Popo a dinosaur!

The anecdotal observational comedy is expertly played out in this lovingly-crafted debut.