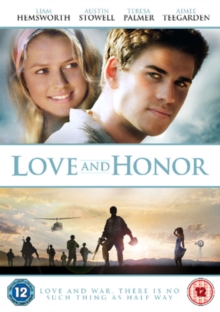 Liam Hemsworth and Teresa Palmer star in this romantic drama set in the summer of 1969 during the Vietnam War.

When they are given a week of rest and recuperation soldiers Mickey (Hemsworth) and Dalton (Austin Stowell) decide to leave Vietnam for America where Dalton hopes to win back his ex-girlfriend Jane (Aimee Teegarden).

When they arrive, Mickey falls for Jane's friend Candace (Palmer) and the two become romantically involved.

Meanwhile, the soldiers learn that Jane is now an anti-war activist and they begin to question their commitment to the armed forces.

Will they return to Vietnam in time before they are seen as deserters?