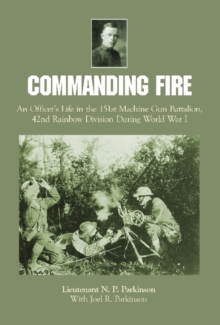 Commanding Fire is one officer's story of commanding a machine gun platoon on the battlefields of northern France in 1918.

Every significant American engagement in World War I is covered including action in Lorraine, Champagne, Chateau-Thierry, St.

Mihiel, Meuse-Argonne, and service in the Army of Occupation.

He traces the development of machine gun tactics and tells previously unknown stories about the Rainbow Division and one of its brigade commanders, Douglas MacArthur.