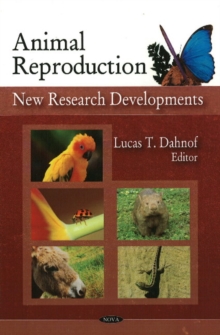 Reproduction is the biological process by which new individual organisms are produced.

Reproduction is a fundamental feature of all known life; each individual organism exists as the result of reproduction.

The known methods of reproduction are broadly grouped into two main types: sexual and asexual.

In asexual reproduction, an individual can reproduce without involvement with another individual of that species.

The division of a bacterial cell into two daughter cells is an example of asexual reproduction.

Asexual reproduction is not, however, limited to single-celled organisms.

Most plants have the ability to reproduce asexually.

Sexual reproduction requires the involvement of two individuals, typically one of each sex.

Most animals and plants reproduce sexually. Sexually reproducing organisms have two sets of genes for every trait (called alleles).

Offspring inherit one allele for each trait from each parent, thereby ensuring that offspring have a combination of the parents' genes.

Having two copies of every gene, only one of which is expressed, allows deleterious alleles to be masked, an advantage believed to have led to the evolutionary development of diploidy.

This book presents the latest research in the field from around the globe.