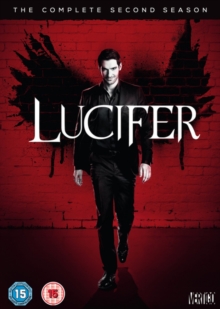 All 18 episodes from the second season of the US comedy drama starring Tom Ellis as Lucifer Morningside.

After becoming tired of the underworld, Lucifer, the Lord of Hell, relocates to Los Angeles where he helps the LAPD catch and punish criminals.

With his new life on Earth, the retired angel opens his own nightclub called 'Lux' and uses his supernatural powers of persuasion to punish sinners and help Detective Chloe Dekker (Lauren German) solve crimes and apprehend dangerous fugitives.