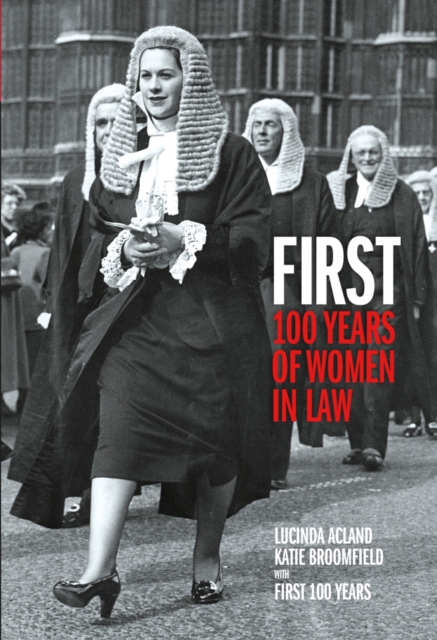 When Helena Normanton was admitted to Middle Temple on 24 December 1919, she became the first woman to enter this traditional male preserve, setting in train a series of firsts for women in law which continue today.

The day before, the passing of the Sex Disqualification (Removal) Act had made it possible, for the first time, for women to enter the legal profession. Marking the centenary of the Act, First tells the story of women in law in their first 100 years of practice.

From early campaigners through to the first women solicitors, barristers, magistrates and judges, the book tells the often untold stories of the pioneers, reformers and influencers who paved the way, revealing the barriers they faced, their challenges and triumphs.

It offers a unique insight into how women have made their way in a profession still dominated by men and looks ahead to the prospects for women in law in the next 100 years.