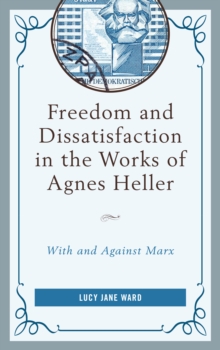 Freedom and Dissatisfaction in the Works of Agnes Heller : With and against Marx Hardback

Ward's book focuses on the work of the Hungarian philosopher Agnes Heller; prominent member of the Budapest School, a group of students who studied under the Marxist social theorist Gyoergy Lukacs.

For both Marx and Heller (albeit in different ways) dissatisfaction emerges as the inevitable result of the expansion of need(s) within modernity and as a catalyst for the development of anthropological wealth (what Marx refers to as the 'human being rich in need').

Ward argues that dissatisfaction and the corresponding category of human wealth-as both motif and method-is central to grasping Heller's seemingly disparate writings.

While Marx postulates a radical overcoming of dissatisfaction, Heller argues dissatisfaction is integral not only to the on-going survival of modernity but also to the dynamics of both freedom and individual life.

In this way Heller's work remains committed to a position that both continually returns and departs, is both with and against, the philosophy of Marx. This book will be of interest to scholars of political philosophy, social theory, critical theory, and sociology. 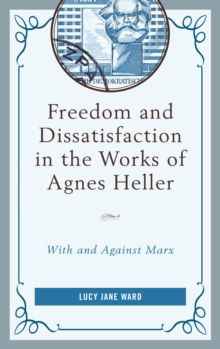 Freedom and Dissatisfaction in the...