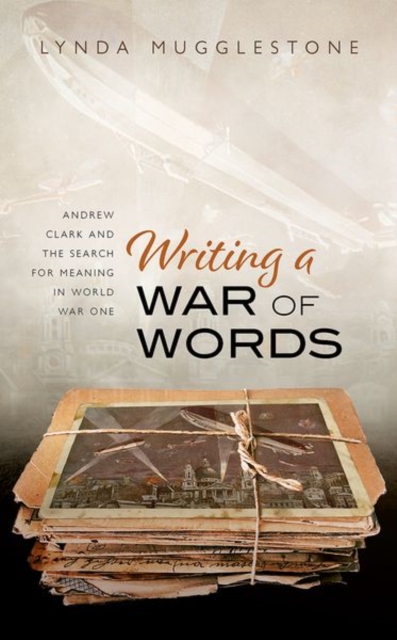 Writing a War of Words : Andrew Clark and the Search for Meaning in World War One Hardback

Writing a War of Words is the first exploration of the war-time quest by Andrew Clark - a writer, historian, and volunteer on the first edition of the Oxford English Dictionary - to document changes in the English language from the start of the First World War up to 1919.

Clark's unique series of lexical scrapbooks, replete with clippings, annotations, and real-time definitions, reveals a desire to put living language history to the fore, and tocreate a record of often fleeting popular use.

The rise of trench warfare, the Zeppelinophobia of total war, and descriptions of shellshock (and raid shock on the Home Front) all drew his attentive gaze.

The archive includes examples from a range of sources, such as advertising, newspapers, and letters from the Front, aswell as documenting social issues such as the shifting forms of representation as women 'did their bit' on the Home Front.

Lynda's Mugglestone's fascinating investigation of this valuable archive reassesses the conventional accounts of language history during this period, recuperates Clark himself as another 'forgotten lexicographer', challenges the received wisdom on the inexpressibilities of war, and examines the role of language as an interdisciplinary lens on history.