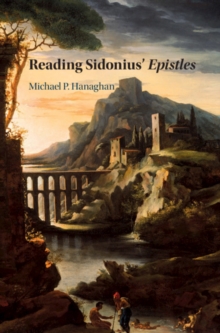 His rich anecdotes feature the events, characters, and moments that defined his life, ranging from the treason trial of Arvandus to the Visigothic raiding of Clermont, from the corrupt and vile Seronatus to the holy widow Eutropia, and the day-to-day incidents that confronted a Gallo-Roman poet, aristocrat, and bishop as the Late Roman West transitioned into the barbarian successor kingdoms.

Like any good storyteller, Sidonius exploited a wide array of narratological tools, manipulating temporality for dramatic effect, sketching his heroes and villains in vivid detail, and recreating witty dialogue in a collection that is highly organised and carefully strategised.

This book provides a fuller understanding of his contribution to Latin literature, as a careful arranger of his self-image, a perceptive exploiter of narrative dynamics, and an influential figure in Late Antique Gaul.