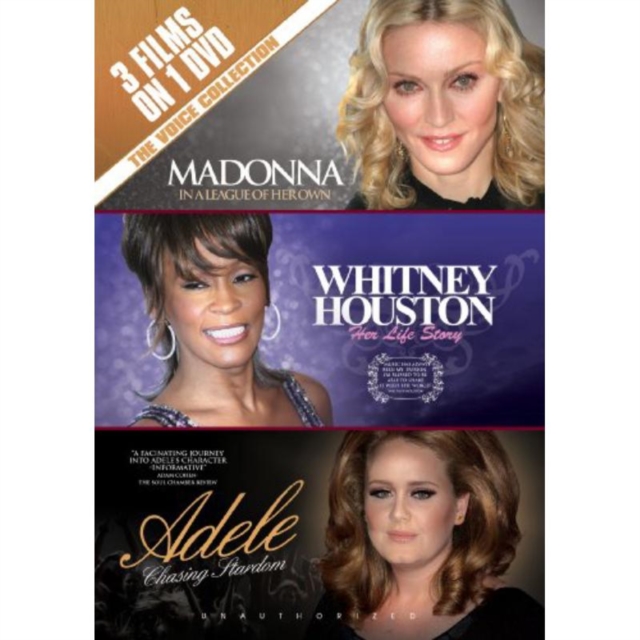 Madonna: In a League of Her Own/Whitney Houston: Her Life ... DVD

Triple bill of unauthorised musical artist documentaries. 'Madonna: In a League of Her Own', charts Madonna's rise to fame, from her beginnings in America's Midwest to her status as an internationally acclaimed superstar. 'Whitney Houston: Her Life Story', looks back at the life and career of American recording artist and actress Whitney Houston.

The only artist to secure seven consecutive No. 1 singles on the Billboard Hot 100 chart, Whitney achieved worldwide recognition through her musical career until her death in February 2012 at The Beverly Hilton in California. 'Adele: Chasing Stardom' explores the life and success of the accomplished young singer-songwriter, Adele.

Adele began singing at the age of four, but has went on to find huge success since then with the release of her albums '19' and '21'.

This film details her journey and explores the troubles she has encountered while on it.