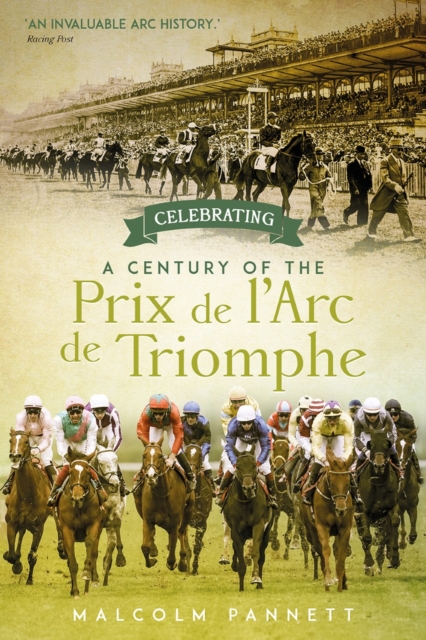 Celebrating a Century of the Prix de l'Arc de Triomphe charts the history of Europe's - and arguably the world's - greatest horse race.

Established in 1920 and staged in Paris on the Bois de Boulogne, the Arc is a truly international contest attracting runners from England, Ireland, Japan, Italy, Germany and the USA.

This illustrated race-by-race account traces the exploits of many all-time racing legends.

It's also a who's who of the turf starring the Rothschild, Aga Khan, Wildenstein, Wertheimer and Head families, as well as Marcel Boussac, Vincent O'Brien, Lester Piggott and Yves Saint-Martin.

You'll discover which champion hurdler won the title, which horse came back from stud to recapture his crown and which jockey ended up in prison as a result of his win.