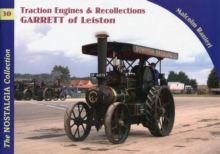 The firm of Richard Garrett & Sons Ltd has a long and varied history, the first Richard Garrett setting up a bladesmith in Leiston, Suffolk,in 1778.It was his grandson,also Richard Garrett, who commenced manufacture of steam engines from 1830, these early machines however were fixed, and the firm also made farm equipment like seed drills, ploughs and threshing machines. The first portables were built in 1848, and in the late-1850s the first agricultural traction engines, under licence at first and then from 1876 to Garretts own design.

Garretts also built other forms of steam powered engines in late-Victorian times, road rollers of all sizes, ploughing engines, and road locomotives for heavy haulage some of which became showmans engines.

Garretts exported their engines to Europe and the then colonies, especially New Zealand. From 1905 due to changes in legislation on road haulage,Garretts produced their attractive and versatile model 4CD steam tractor which was very popular for local authority and contractor light haulage work. Garretts also built steam wagons from 1909 to 1930 in various forms and nearly a thousand of these were produced in that time of which four have been preserved.An experiment prior to the First World War to combat the internal combustion-engined tractor was the lightweight steam tractor called the Suffolk PunchA", after the shire horse, though this was not succesful,one has been preserved. This very versatile company diversified from steam and manufactured electric vehicles,refuse vehicles,Army vehicles,all forms of agricultural machinery, machine tools, and many other engineering products.

As the use of steam declined Garretts joined an amalgamation of steam manufacturers called Agricultural & General Engineers which when it collapsed in 1932 the family firm of Richard Garrett & Sons died with it.Around 22,500 steam engines were built,the majority being portable engines,around 120 are preserved, the factory 'Long Shop' at Leiston has been restored and is now the Garrett Museum.

Also by Malcolm Ranieri   |  View all 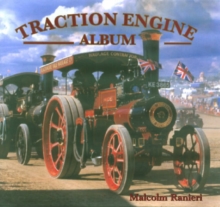 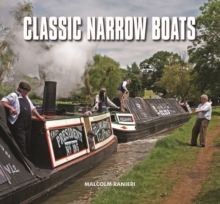 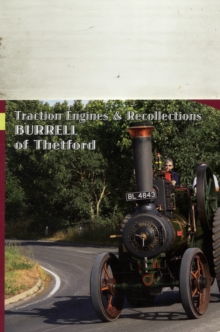 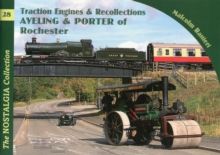