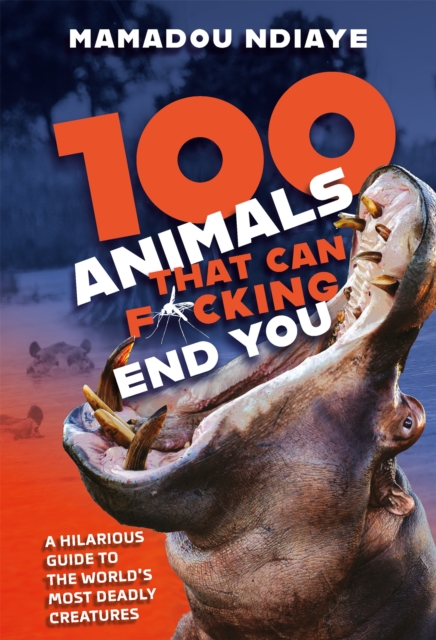 100 Animals That Can F*cking End You Hardback

A tongue-in-cheek field guide to the deadliest animals on Earth from TikTok star @mndiaye_97 Let's be clear: Mamadou Ndiaye knows a whole lot of animals that can and will end you, but he has no plans to let these strange and horrifying creatures cash in his life insurance policy.

Now the TikTok star is turning his engaging, entertaining, and informative takes on animal biology and behaviour into this hilarious guide to the world's most deadly creatures.

These include:* sperm whales with a call so strong it can vibrate you to death* meerkats or "the most homicidal mammals on Earth"* hyenas, which eat their prey while it is still alive* hippos, which "have no soul and answer to no god"* and a golf-ball-sized octopus that can erase twenty-six people with one biteYou'll learn not only which animals to avoid, but which ones can beat you in a footrace, which ones create surprisingly high body counts, and which ones will give you a good reason never to venture into the ocean. Mamadou also offers the occasional survival tip, even if it is just to make peace with your higher power.

From the moose (aka "the antlered Grim Reaper") to the Cassowary ("Jurassic bullshit with feathers"), this is nature like you never want to meet it in real life.