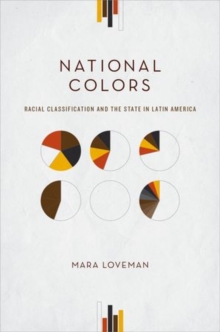 The era of official color-blindness in Latin America has come to an end.

For the first time in decades, nearly every state in Latin America now asks their citizens to identify their race or ethnicity on the national census.

Most observers approvingly highlight the historic novelty of these reforms, but National Colors shows that official racial classification of citizens has a long history in Latin America.

Beyond domestic political struggles, the analysis reveals that the ways that Latin American states classified their populations from the mid-nineteenth century onward responded to changes in international criteria for how to construct a modern nation and promote national development.

As prevailinginternational understandings of what made a political and cultural community a modern nation changed, so too did the ways that Latin American census officials depicted diversity within national populations.

The way census officials described populations in official statistics, in turn, shaped how policymakers viewed national populations and informed their prescriptions for national development-with consequences that still reverberate in contemporary political struggles for recognition, rights,and redress for ethnoracially marginalized populations in today's Latin America. "While Loveman is not the only scholar paying attention to governmental census taking, this book stands out for its theoretical depth, the remarkable mastery of historical context and agency, and its long-term historical breath.

Loveman shows that rather than reflecting domestic politics or specific demographic configurations, Latin American states collected data on the kind of racial or ethnic categories that they thought would help document, to a global audience of other states, their effortsand achievements in becoming modern nations."-Andreas Wimmer, Hughes-Rogers Professor of Sociology, Princeton University 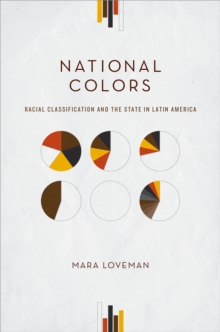