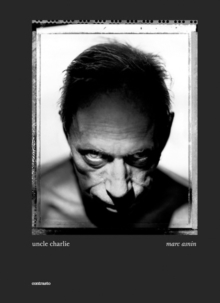 Marc Asnin's Uncle Charlie is a twenty-five year visual diary of dramatic intimacy and intensity that chronicles the isolation, dependency, conflict and death afflicting a mentally ill, impoverished man and his wives, girlfriends and children.

Motivated by his youthful remembered admiration of Uncle Charlie as a big, tough, tattooed guy with a gun, Asnin reached out to his uncle only to discover an anorexic, catatonic, isolated man.

Uncle Charlie begins as an exploration of the discontinuity between youthful memories and discovered reality.

The detailed, intimate images captured here overcome the unreliable recording of memory and confront a life too quickly discarded from humanity's collective consciousness.