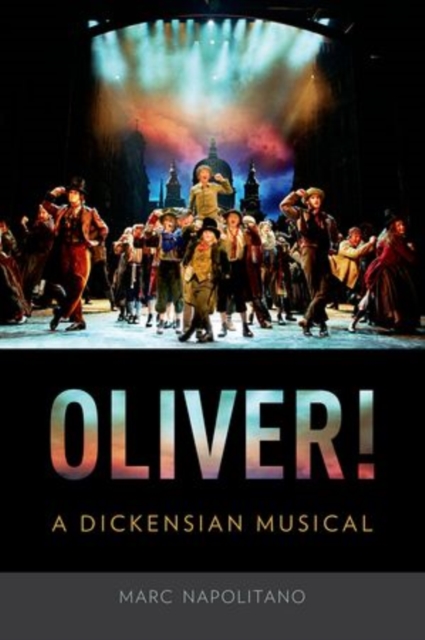 When the show was first produced in 1960, at a time when transatlantic musical theatre was dominated by American productions, Oliver! already stood out for its overt Englishness. But in writing Oliver!, librettist and composer Lionel Bart had to reconcile the Englishness of his Dickensian source with the American qualities of the integrated book musical.

To do so, he turned to the musical traditions that had defined his upbringing: English musichall, Cockney street singing, and East End Yiddish theatre.

This book reconstructs the complicated biography of Bart's play, from its early inception as a pop musical inspired by a marketable image, through its evolution into a sincere Dickensian adaptation that would push English musical theatre to new dramatic heights. The book also addresses Oliver!'s phenomenal reception in its homeland, where audiences responded to the musical's Englishness with a nationalistic fervor.

The musical, which has more than fulfilled its promise as one of the most popular English musicals of all time, remains one of the country's most significant shows. Author Marc Napolitano shows how Oliver!'s popularity has ultimately exerted a significant influence on two separate cultural trends.

Firstly, Bart's adaptation forever impacted the culture text of Dickens's Oliver Twist; to this day, the general perception of the story and the innumerable allusions to the novel in popular media are colored heavily by the sights, scenes, sounds, and songs from the musical, and virtually every major adaptation of from the 1970s on has respondedto Bart's work in some way.

Secondly, Oliver! helped to move the English musical forward by establishing a post-war English musical tradition that would eventually pave the way for the global dominance of the West End musical in the 1980s.

As such, Napolitano's book promises to be an important book for students andscholars in musical theatre studies as well as to general readers interested in the megamusical.