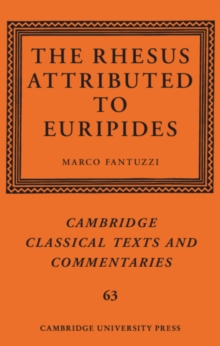 The Rhesus Attributed to Euripides Hardback

Part of the Cambridge Classical Texts and Commentaries series

The tragedy Rhesus has come down to us among the plays of Euripides but was probably the work either of fourth-century BC actors or producers heavily rewriting his original play or of a fourth-century author writing in competition.

This edition explores the play as a 'postclassical' tragedy, composed when the plays of Aeschylus, Sophocles and Euripides had become the 'classical' canon.

Its stylistic mannerisms, cerebral re-use of the motifs and language of fifth-century tragedy, and endemic experimentalism with various models of intertextuality exemplify the anxiety of influence of the Rhesus as a text that 'comes after' fifth-century drama and Book 10 of the Iliad.

The anachronistic adaptations of the world of the epic heroes to the new reality of the polis and the irresistible rise of Macedonian power also reveal the Rhesus attempting to be both seriously intertextual with its models and seriously different from them.

Also in the Cambridge Classical Texts and Commentaries series   |  View all 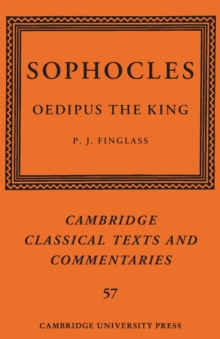 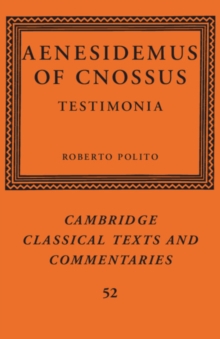 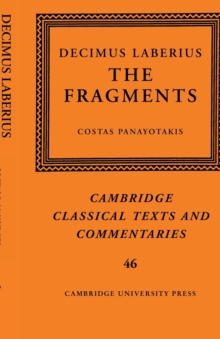 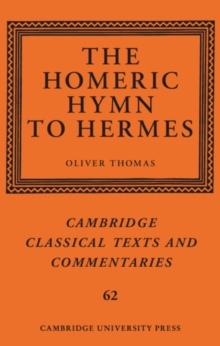 The Homeric Hymn to Hermes