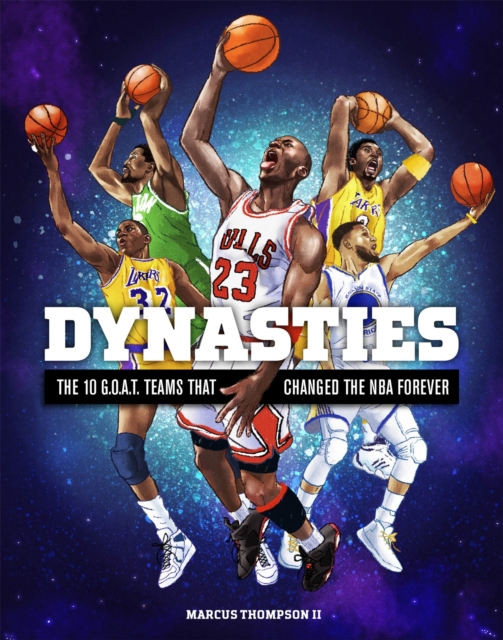 Dynasties : The 10 G.O.A.T. Teams That Changed the NBA Forever Hardback

What turns a winning team into a dynasty? For many, legitimate dynasties are teams that not only won two or more titles but combine personality, superstar talent, and consistent winning seasons.

But, one thing is sure, they're teams that you either love or love to hate. Dynasties is the first book to call out and explore the 10 greatest teams (according to sports journalist Marcus Thompson II) in basketball history.

These are not only the winningest teams, but the ones that changed the game of basketball forever by breaking racial barriers, introducing new moves, or implementing never-before-seen plays and strategies to win the game.

Covering The George Mikan's Lakers, The Bill Russell Celtics, The Magic Johnson Lakes, The Larry Bird Celtics, The Bad Boys Pistons, The Michael Jordan Bulls, The Shaq and Kobe Lakers, The Tim Duncan Spurs, The King Dynasty (AKA LeBron James, a dynasty unto himself), and The Steph Curry Warriors, Dynasties tells the story of each team with player and coach profiles, key games, playing styles and tactics, controversies, and more.

Also featured are teams and players that were frequent rivals to dynasty teams (such as LeBron James and the Cleveland Cavaliers), and the teams that could have been dynasties. 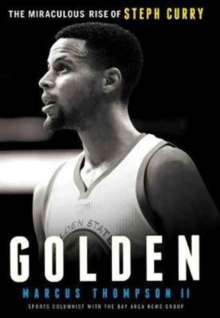 Golden: The Miraculous Rise of Steph...

Golden: The Miraculous Rise of Steph...