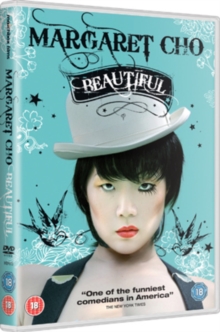 Live stand up comedy performance from the American comedian and actress Margaret Cho.

Born into a Korean family in San Francisco, Cho began touring as a stand up comedian at the age of 16.

She has also appeared in a number of films, including 'Face/Off', the 1997 John Travolta and Nicholas Cage action thriller.

She argues that beauty is not decided wholly by the eye of the beholder, that if we feel beautiful we may become more beautiful through our energy and enthusiasm, and offers a critique of the distinct lack of beauty inherent among the politicians and marketers who define so much of modern culture.