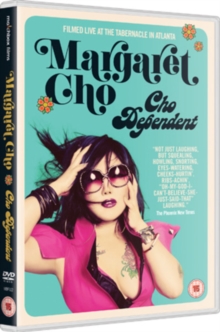 Live stand up performance from the American comedian Margaret Cho.

Born into a Korean family in San Francisco, Cho began touring as a comic at the age of 16 and has carved an identity for herself as one of America's foremost independent female voices.

On her 2010 tour, 'Cho Dependent', she performs a mixture of comedy and songs.

This performance captures her live at the Tabernacle in Atlanta.