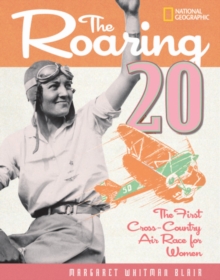 Part of the History (US) series

"The Roaring Twenty" tells the tale of the 1929 air derby for women pilots.

Braving stormy weather, mechanical difficulties, collisions, typhoid fever, and even claims of sabotage, not to mention the condescending and sometimes hostile press, the 18 who finished were lucky to do so.

The nine-day race broke at night for banquets and balls, as the women pilots were feted by a fascinated public.

The derby laid the foundation for the "99s" the first organization of women pilots, a group that flourishes to this day.