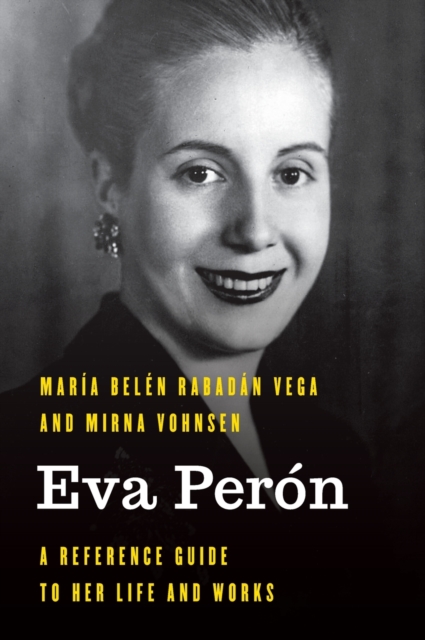 Eva Peron : A Reference Guide to Her Life and Works Hardback

No Latin American woman has ever elicited such extreme feelings of love and hate as Eva Peron.

She was an actress of humble origins who fell in love with and married the soon-to-be president of Argentina, Juan Domingo Peron.

Evita, as she was fondly known, became the most powerful woman in Argentine history.

Adored by the masses and loathed by the bourgeoisie, Evita polarized Argentine society.

Not even her death could put an end to the mixed feelings she aroused during her lifetime, and Evita remains till this day a controversial figure. Eva Peron: A Reference Guide to Her Life and Work captures Evita's eventful life, her works, and her legacy.

The volume features a chronology that includes her childhood, her acting career, her trip to Europe, her political activity, her illness, and her death, as well as more recent events that have memorialized her.

While an introduction offers a brief account of her life, a dictionary section lists entries on people, places, and events related to her.

A comprehensive bibliography offers a list of works by and about Evita.

Finally, a filmography includes the movies in which Evita appeared and the TV series and films that have been made about her.