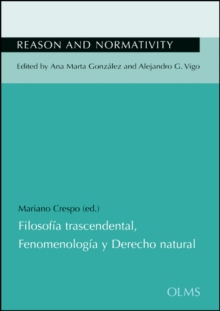 This volume contains the proceedings of a conference organized in May 2015 by the Instituto Cultura y Sociedad (University of Navarra).

The scope of this conference was very wide as is proved by variety of the contributions.

They deal with such topics as the relationships between material value ethics and the idea of natural law, the distinction between the moral sphere and the sphere of law, the criticisms of those theories which ground human rights in natural law, the motives which lead us to consider certain facts and duties as consequences of social acts, the meaning of freedom in criminal law or the critical exam of such views which try to reduce the Philosophy of Law to some psychological, social or historical questions.

However, despite their diversity, the contributions share two elements: on the one hand, the emphasis of the necessity of a dialogue between such different disciplines as Philosophy and Law focusing on a central question, namely, the existence of pre-positive elements, prior to every positive legislation and, on the other hand, the conviction that such elements have an own intelligibility. 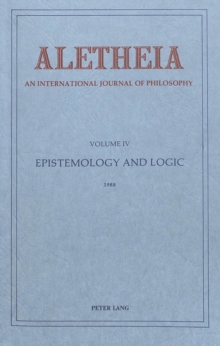