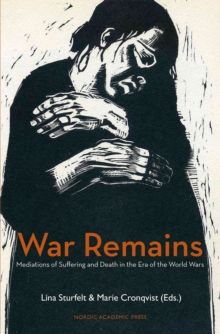 War Remains : Mediations of Suffering and Death in the Era of the World Wars Hardback

What remains after war? In the World War era more than 120 million people died an untimely or violent death.

The horrifying experience of mass death lingered on in cultural narratives for years.

The cultural output repeated, re-inforced, or renegotiated peoples beliefs about war and suffering, turning trauma into something that could be situated within the conventions of public display. In War Remains an interdisciplinary group of researchers offer an innovative approach, insisting on the importance of media forms for remembering and sensing war.

The authors present analyses of different media such as literary fiction, newspapers, radio, film, comic books, and weekly magazines between the 1910s and the 1970s.