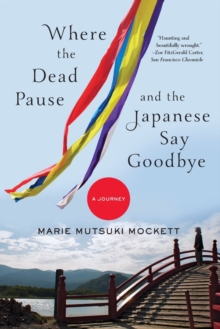 Where the Dead Pause, and the Japanese Say Goodbye : A Journey Paperback / softback

Marie Mutsuki Mockett's family owns a Buddhist temple but after the Fukushima disaster, radiation levels prohibited the burial of her Japanese grandfather's bones.

As Japan mourned, Mockett also grieved for her American father who had died unexpectedly.

Seeking consolation, Mockett is guided by a colourful cast of Zen priests and ordinary Japanese who perform rituals that disturb, haunt and finally uplift her.