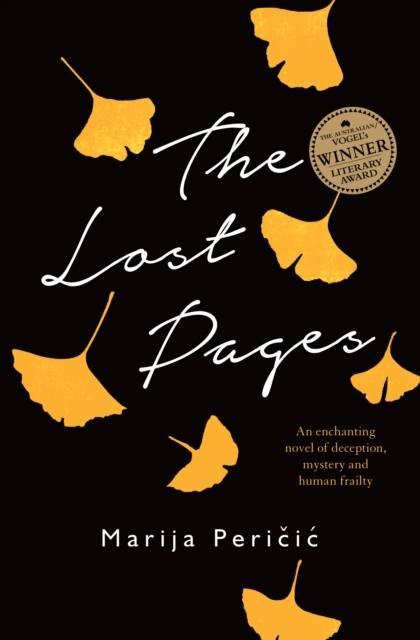 'To frame The Lost Pages as being about Brod is clever and interesting.

The Kafka we meet here is almost the opposite of the one we have come to expect.' Stephen Romei, Literary Editor, The AustralianIt is 1908, and Max Brod is the rising star of Prague's literary world.

Everything he desires - fame, respect, love - is finally within his reach.

But when a rival appears on the scene, Max discovers how quickly he can lose everything he has worked so hard to attain.

He knows that the newcomer, Franz Kafka, has the power to eclipse him for good, and he must decide to what lengths he will go to hold onto his success.

But there is more to Franz than meets the eye, and Max, too, has secrets that are darker than even he knows, secrets that may in the end destroy both of them. The Lost Pages is a richly reimagined story of Max Brod's life filtered through his relationship with Franz Kafka.

In this inspired novel of friendship, fraud, madness and betrayal, Marija Pericic writes vividly and compellingly of an extraordinary literary rivalry. '... cleverly structured and an intriguing concept.' Jenny Barry, BooksPlus'From the very beginning, the strain between Kafka and Brod is hugely entertaining.

Brod is anti-social and prefers his own company, just like the best of Kafka's characters.' Rohan Wilson, award winning author of The Roving Party