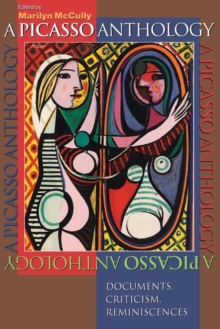 Picasso's extraordinary capacity to work in a variety of mediums and styles has amazed his critics since the first years of the century.

This collection of critical and personal reactions to Picasso at every stage of his career provides a remarkable account of the many innovations and changes of direction that baffled his contemporaries.

Picasso's working methods and his attitudes to his own art are also revealed in conversations and in letters and statements by his closest friends.

A Picasso Anthology contains a wide range and variety of contemporary responses to Picasso and his art.

There are essential passages from books by his close friends, including Apollinaire, Cocteau, and Roland Penrose; an important body of Catalan and Spanish criticism; reactions from English critics, including Roger Fry and John Middleton; a remarkable collection of Russian criticism of his cubist work, written in the years just before the Revolution; and Czech, Danish, and Italian articles, as well as mainstream texts from France and Germany.