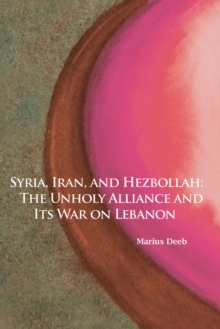 Syria, Iran, and Hezbollah : The Unholy Alliance and Its War on Lebanon Paperback / softback

Marius Deeb, an Oxford-educated authority on Middle Eastern politics and history, in a sequel to his authoritative Syria's Terrorist War on Lebanon and the Peace Process, shows how the Syria, Iran, and Hezbollah axis has tried, through assassination, terrorism and force, to undermine Lebanon's Cedar Revolution that triumphed in March 2005.

The Cedar Revolution began in September 2000 as a protest movement led by Patriarch Sfair, the head of the Maronite Catholic Church, and culminated on March 14, 2005, when 1.5 million demonstrated peacefully in Beirut calling for the withdrawal of Syrian troops from Lebanon and for a free, democratic, and pluralistic polity.

In contrast, the Cedar Revolution is a nonviolent, democratic, and pro-Western revolution and thus an antidote to militant Islam and terrorism. 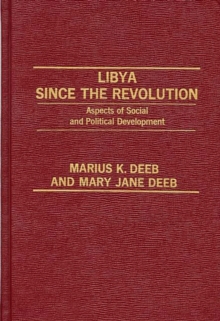 Libya Since the Revolution