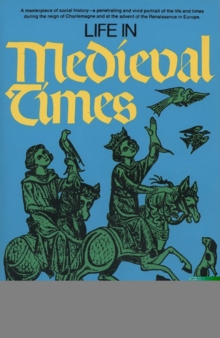 An age of chivalry, color, and faith from which the modern world still draws inspirationor centuries of violence, squalor, and superstition best forgotten?

Marjorie Rowling refreshingly avoids any such extreme judgments so often passed on the Middle Ages.

Instead, she looks closely at some of the people who lived and worked in that fascinating era of European history.