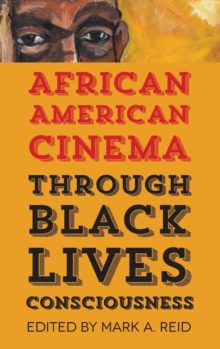 Edited by Mark A. Reid

Editor Mark A. Reid has assembled a stellar list of contributors who approach their film analyses as an intersectional practice that combines queer theory, feminism/womanism, and class analytical strategies alongside conventional film history and theory.

Taken together, the essays invigorate a ""Black Lives Consciousness,"" which speaks to the value of black bodies that might be traumatized and those bodies that are coming into being-ness through intersectional theoretical analysis and everyday activism. The volume includes essays such as Gerald R. Butters's, ""Blaxploitation Film,"" which charts the genre and its uses of violence, sex, and misogyny to provoke a realization of other philosophical and sociopolitical themes that concern intersectional praxis.

Melba J. Boyd's essay, ""Who's that Nigga on that Nag"": Django Unchained and the Return of the Blaxploitation Hero"", argues that the film provides cultural and historical insight, ""signifi es"" on blackface stereotypes and chastises Hollywood cinema's misrepresentation of slavery.