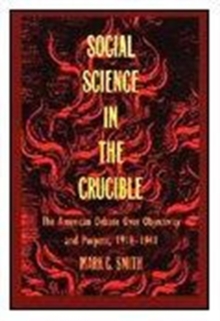 Social Science in the Crucible : The American Debate Over Objectivity and Purpose, 1918-1941 Hardback

The 1920s and 30s were key decades for the history of American social science.

The success of such quantitative disciplines as economics and psychology during World War I forced social scientists to reexamine their methods and practices and to consider recasting their field as a more objective science separated from its historical foundation in social reform.

The debate that ensued, fiercely conducted in books, articles, correspondence, and even presidential addresses, made its way into every aspect of social science thought of the period and is the subject of this book.

Mark C. Smith first provides a historical overview of the controversy over the nature and future of the social sciences in early twentieth-century America and, then through a series of intellectual biographies, offers an intensive study of the work and lives of major figures who participated in this debate.

He shows how the debate over objectivity and social purpose was central to their professional and personal lives as well as to an understanding of American social science between the two world wars.

These biographies bring to vivid life a contentious moment in American intellectual history and reveal its significance in the shaping of social science in this country. 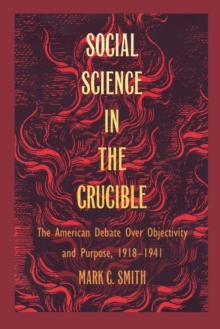 Social Science in the Crucible 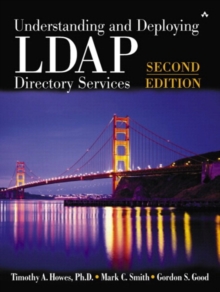 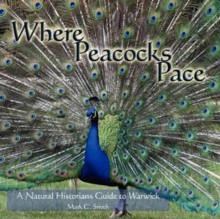