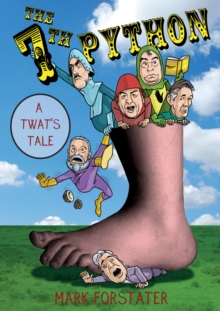 Mark Forstater produced Monty Python and the Holy Grail and ended up in the last few years in court arguing that the Pythons had withheld money they owed him.

In this memoir which relies heavily on the court proceedings, Forstater tells the story of how he got involved with the Pythons and how they fell out.

The book will include extracts from the evidence given by John Cleese, Michael Palin and Eric Idle.

Forstater compares the case to Dickens' famous Jarndyce versus Jarndyce because only the lawyers did well out of it in the end. A riveting insight into the conflicts of show business.