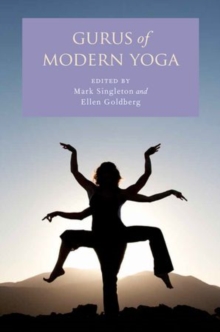 Gurus of Modern Yoga explores the contributions that individual gurus have made to the formation of the practices and discourses of yoga in today's world.

The focus is not limited to India, but also extends to the teachings of yoga gurus in the modern, transnational world, and within the Hindu diaspora.

Each of the sections deals with a different aspect of the guru within modern yoga.

Krishnamacharya, and those of his principal disciples; the place of technology, business and politics in the work of global yoga gurus; and the role of science and medicine.

Although the principal emphasis is on the current situation, some of the essaysdemonstrate the continuing influence of gurus from generations past.

As a whole, the book represents an extensive and diverse picture of the place of the guru in contemporary yoga practice.