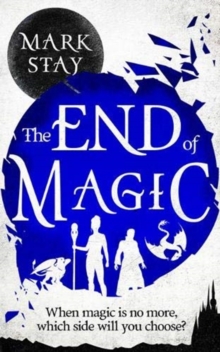 The End of Magic Paperback / softback

Two powerful mages. One steeped in privilege, the other bound by a moral code.

Their world is thrown into chaos by the end of magic. Rosheen Katell is a wandering mage and, with Anzu her griffin, she's worked hard to build a reputation as a trustworthy truth seer.

She never lies, never kills. Sander Bree is a royal mage. He lives an easy life advising the king on matters of court and politics, but dreams of an apocalypse are giving him massive anxiety attacks. Very soon, their magic will be gone. A cataclysmic event will change their lives and world forever.

Sander must keep a promise to save the life of a young girl that would have been difficult enough with magic, but is a suicide mission without it.

Rosheen is forced to side with a murderous warlord, and her once-solid principles are tested and found wanting.

Both will be set against one another in a war unlike anything the world has seen before, in this sweeping fantasy of magic's ending.

A stand alone fantasy novel for readers of Joe Abercrombie and Scott Lynch**"The sort of book you give to people who say "prove to me why I should read fantasy"...

A simply terrific read." - James Barclay, author of the Legends of the Raven series"Mark Stay paints his world and characters with deft, confident and dark strokes." - RJ Barker, author of the Wounded Kingdom Trilogy"The sort of book you give to people who say "prove to me why I should read fantasy"...

A simply terrific read." - James Barclay, author of the Legends of the Raven series"Takes the tropes of high fantasy and uses them to wield an original, compelling and intricately plotted story... exactly the kind of fantasy that we need more of." - Gavin G. 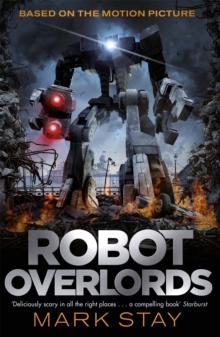