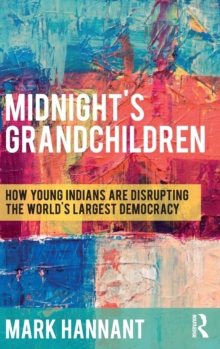 While the west has experienced multiple post-war economic, social and political revolutions, India by contrast has had two distinct moments of transformation in the past century: Independence in 1947 and the economic liberalisation that began in 1991.

Midnight's Grandchildren are the offspring of India's second social and economic revolution. India's millennial generation, coming of age post-1991, have grown up in a world of opportunity and relative abundance.

Many institutions - family, marriage, workplace, and brands - are being disrupted.

Great tension exists as a new generation breaks barriers and seeks to find its place.

This book captures an important, transformative moment in India's development.

It includes interviews with young Indians who articulate both their optimism and the struggle to find relevant new identities.

Managers and recruiters speak about the changes in the workplace and the challenges and opportunities of harnessing India's so-called demographic dividend.

Entrepreneurs, brand owners and marketers discuss the role of brands in cementing identities in a world changing rapidly where loyalty has little meaning. Midnight's Grandchildren explains for a business audience the significance of the arrival in the workforce of a generation of millennials as both disruptors of the old order and engine of India's future economic potential.

It is of use for professionals and educators wanting to engage this vitally important group of young people.