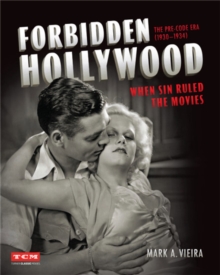 It's classic Hollywood -- uncensored. Filled with rare images and untold stories from producers, censors, stars, exhibitors, and the movie-going public, Forbidden Hollywood is the ultimate guide to a gloriously entertaining and strikingly modern time in early American films: the Pre-Code era. "Pre-Code" -- a catchy misnomer for the days before a strict code of censorship purified the content of Hollywood films -- encompasses movies made from 1930 through 1934, when Hollywood censors were lax or absent.

But there was already a Production Code in place, the result of a collaboration between Catholic bishops, Protestant politicians, and Jewish-American film producers with the aim of preventing federal censorship.

The Code prohibited violent, vulgar, or sexual content in films.

It was well intentioned, but no one abided by it, especially after the Great Depression began to keep filmgoers away from theaters.

The easiest way to lure them back was with sex and violence.

For the next four years -- before a grassroots movement caused the Code to be fully instated -- sinful cinema ruled the screen. Forbidden Hollywood is a history of Pre-Code like none other because it tells the story of the era by taking the reader there.

Through the text you will eavesdrop on conferences between producers and writers, read nervous telegrams from executives to censors, and listen to conversations between censors and directors, where artistic decisions meant shifts in power -- and money -- when one third of a nation was desperate.

You will see how these decisions were so artfully wrought as to fool some of the people just long enough to get films into theaters.

You will read what theater managers thought of such craftiness.

You will read letters from a variety of fans as they, depending on community standards, applauded creativity or condemned crassness. The book spotlights twenty-three films which author and film historian Mark A.

Vieira identifies as the definitive list of movies that brought on strict enforcement of the Code in 1934, including a loincloth-clad Johnny Weissmuller in Tarzan and His Mate; Barbara Stanwyck climbing the corporate ladder on her own terms in Baby Face; a group of misfits out for revenge in Freaks; and Paul Muni leading the crime world in the original Scarface.

More than 200 newly restored (and some never-before-published) photographs throughout illustrate pivotal moments in the careers of such stars as Clark Gable, Greta Garbo, Cary Grant, Joan Crawford, Bette Davis, Norma Shearer, Marlene Dietrich, and Jean Harlow, completing a definitive portrait of an unforgettable era in filmmaking. 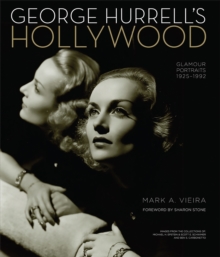 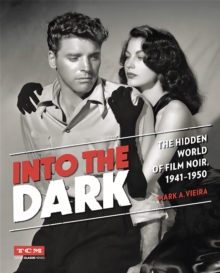 Into the Dark (Turner Classic Movies) 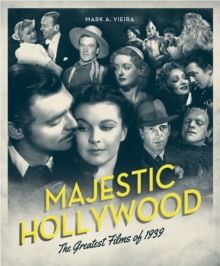