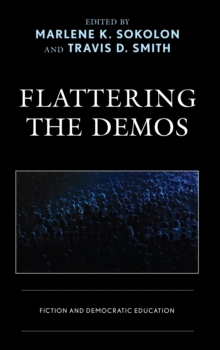 This volume brings together reflections on the relationship between politics and storytelling, especially within the democratic context.

Examples are drawn from the ancient and modern worlds, from classical Greek tragedy and Shakespeare to television, science fiction, and comic books, in order to examine the relationship between the philosophical and the poetical.

As a political phenomenon, storytelling is used to confirm the prejudices and uphold the principles that prevail within the culture that produces it, while also providing a means for sparking a criticism of that culture from within.

What role should literature play in educating a population, especially as regards one's civic responsibilities and relationship to the political regime, and how does it compete with or complement rational inquiry in providing that education?

What observable effects does storytelling in fact tend to have, especially among democratic peoples, and what effects does it have on their political identities, viewpoints, commitments, and behavior?

Which passions does it stoke: our hopes or our fears, our suspicions or our loyalties?

Can storytelling in democratic times offer resistance to the logic and momentum of democratization or does it only reliably propel it further forward?

Does democratic literature only cater to the satisfaction of personal appetites or can it ennoble people so that they are more apt to fulfill their responsibilities to each other as moral agents and fellow citizens?

This volume takes diverse approaches to addressing questions like these.