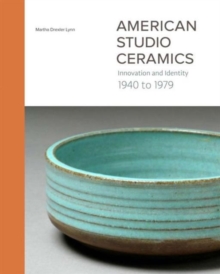 An in-depth look at the changing status of American artists in the 18th and early 19th century In the mid-20th century, ceramics evolved from a utilitarian craft or therapeutic hobby into a well-recognized fine art that continues to occupy a place in today's art world.

In this pioneering study, leading scholar Martha Drexler Lynn explores how and why this shift occurred by examining the pivotal period for the maturation of American studio ceramics.

Lynn traces critical developments in ceramics education, exhibition, patronage, and technology from 1940 to 1979, as magazines dedicated to the practice appeared, institutional support flourished, audiences grew, and star artists emerged. The most in-depth history of American studio ceramics to date, this book is the first to fully explore the works of art alongside the societal trends that shaped them and the organizations that propelled the movement.

Lynn considers the movement's fluctuation across geographic regions as well as stylistic responses to advances in technology and cultural influences from across the United States and abroad. Key patrons and practitioners such as Aileen Osborn Webb, Glen Lukens, Peter Voulkos, and Robert Arneson are featured alongside lesser-known figures. This groundbreaking volume illustrates how studio ceramics came to define itself and challenged the boundaries between fine art and craft. It will be a definitive resource on the movement for years to come. 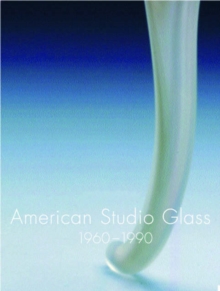